The Future of Europe

Why we study this subject

The reason for including this core subject, or anchor theme, in the DNS teacher training course is FUTURISM. It is not too arrogant to state that mankind during the coming decades will experience a redefinition of practically speaking everything known as of today, a redefinition to an extent as never before in its history.

The teachers in training will find themselves amidst these changes, dramatic and radical, threatening and fantastic. Their own countries will have to follow suit, and maybe because of their efforts, will take a lead in some way or in some fields.

This subject is included in this training exactly because of making her ready for the unheard-of challenges coming to her with furious speed, while they by crisis and new possibilities offer her the spotlight of influencing the future. Intellectualism needs confusing challenges to flourish to the limits of its potential. This anchor theme is meant to do just that.

Finally, the anchor theme of the Future of Europe is included for this reason: A teacher has a part to play in which they advise, direct and teach the young, hungry for knowledge and action. Teacher and student will share the future of Europe.

Considering the future of Europe is an anchor theme constructed for the sake of duty. The generation of students now active in this training has that duty as a heritage. Because man does not live with a free ticket to life, because life is not a given, and because none of us should take living on as granted, our students from this subject  are taught and learn to pay their respects and honour their heritage, stemming from history from way back.

The future is built on the past and the present

From the European spoils of imperialism and colonialism, the harsh struggle of the working class, and two world wars mainly fought on the European Continent, but including the whole world, people all over Europe learn about oppression, submission and sacrifice.

From the last decades of rapid transformation in Europe – the fall of the Berlin Wall, the unification of Germany, and capitalism making its entry in the countries of the former Soviet Union and Eastern Europe, people in Europe learn from own experience how changes in society affect people’s lives – lifting some up while others lose jobs and livelihoods.

And from present events, where Big Issues stare us in the face, where the hopes and dreams of millions are dashed by unemployment and economic crises caused by capitalist globalisation, and where the consequences of Global Warming and Climate Change loom large, the future will be riddled with problems to solve.

While studying trends and possibilities in a future based on rapid movement and acceleration, students will learn to create what we call “future bodies”, minor elements or bullets of ideas to plaster on the walls of Open Future.

History gets its due, but future is where the students, age no issue, will leave the impression of the soles of their feet in walking. Projecting is a big part of creating future bodies. Calculating is also. Speculation is as well. The action-filled space of this study will offer countless images from which surface and depth inspiration for creating future bodies can be founded.

The subject of “The Future of Europe” also reaches out to other quarters and camps in Europe. During sessions of studying the future of Europe, the students will meet such different and prominent Europeans as politicians with a philosophical vein, leaders of organised labour and leaders of private corporate business.

The world of intellectuals and even futurists, nationally or internationally, will open its doors to the researching and investigating student. Oftentimes, the students will show up in the company of their teachers, who want to follow the crowd of students for lending brains to the investigations, for the sake of breadth of scope, and for the sake of width of space for originality.

In some indirect way, they together create future bodies, also influenced by quotes from all their differing sources.

Together, teachers and students make sure to be their part of creating input and literature to enrich this anchor theme. The Future of Europe will become richer and more beautiful because of such acts of humanity. 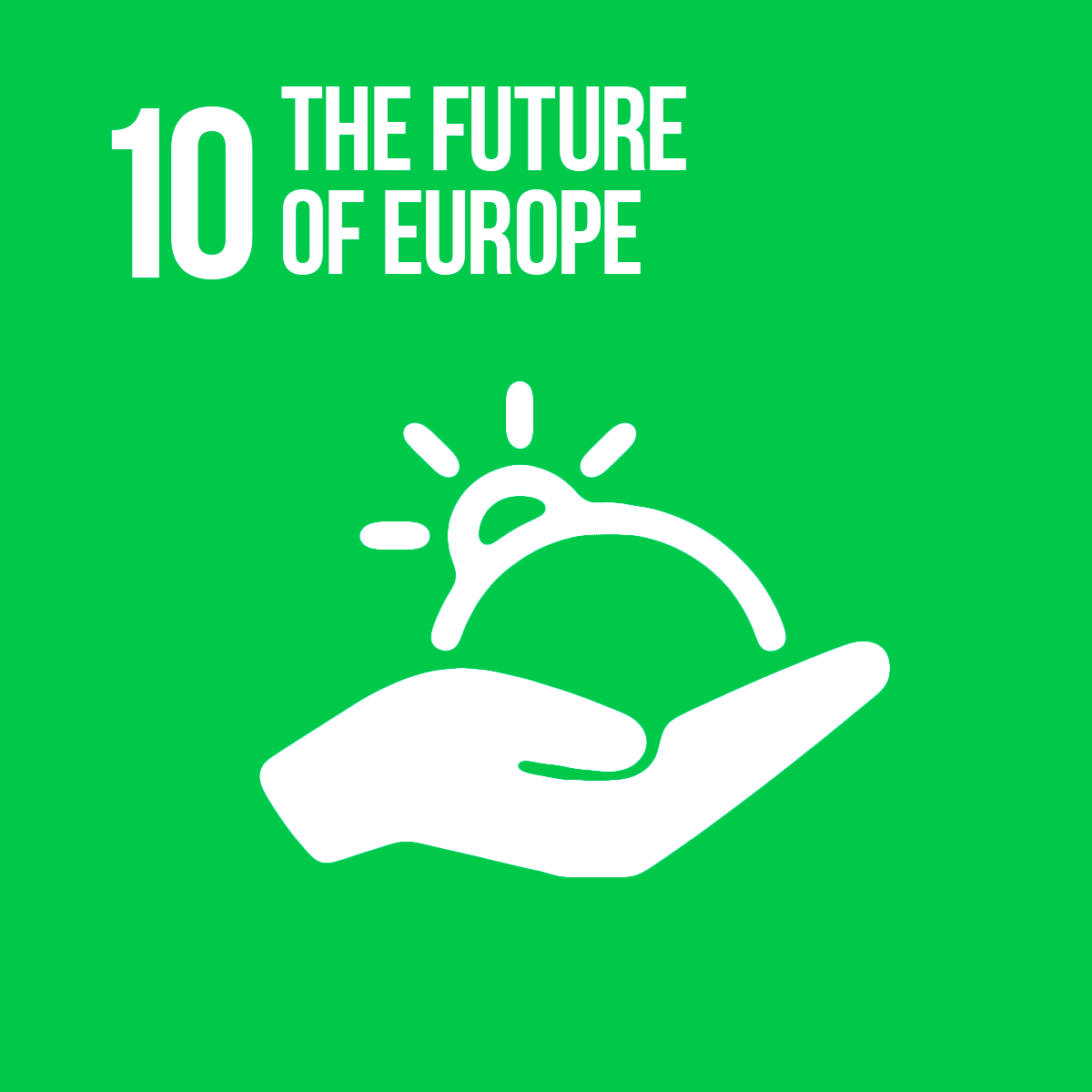