In the times of a globalized world, more than ever, it is crucial not to forget that we must understand how the corporatocracy tries to profit from the current state of the world utilizing fear and confusion.

Therefore, we share with you a study task from our archive based on Naomi Klein’s book “The shock doctrine”. The book goes into the recent history of the US using the technique of shock – such as in the aftermaths of natural and economic disasters to profit. This gives true insight about how the current affairs affect our daily lives.

How does the study assignment work?

1.Read the “Introduction” of the assignment bellow to introduce yourself with the topic

2. Read the “Directives” at the bottom to see what you should do to complete the assignment.

If you have any questions feel free to use our live-chat in the right bottom corner, otherwise lets get to it!

Subject: Big Issues of our Time

Description: The task is to study the concept of “Shock Doctrine” through examples of global events and their analysis as well as its connection to the neo-liberal policies of privatization and redistribution.

Shock is a word of French origin that means a collision, it refers to a violent event that shakes up a person. In psychiatry, a shock is a mental reaction to a traumatic event such as an accident, a very frightening situation or a tragic event. Such situations may cause an acute stress reaction whereby a great number of stress hormones are released by the brain preparing the person to ‘flee or fight’ and can be useful if you suddenly meet a lion in the bush – but if a shock is very severe it may paralyze you, so you become disoriented and even unable to remember what is happening.

After World War I, where soldiers had endured horrible battles in the trenches of Europe, it was observed that a great many soldiers suffered mental problems. They had trouble relating to other people, concentrating, controlling their anger, sleep, and functioning normally. Doctors at the time called this condition “Shell Shock” referring to the fact that many of the surviving soldiers endured explosions of bomb shells which had killed so many people around them. Soldiers and civilians continue to suffer from the same type of trauma in the many wars fought the world over.

Today the condition is called PTSD for (Post-Traumatic Stress Disorder). This medical abbreviation sounds less disturbing than “shell shock” and is therefore preferred by military officials who do not like people to understand the real horrors of war. Shock is present in several other contexts. Since the 1990s, “Shock and Awe” has been used by the US military to describe a tactic whereby you attack an enemy with such speed and ferocity that his defences become paralyzed.

The Canadian journalist, Naomi Klein, coined the term Shock Doctrine when describing its many aspects in a very thorough case-study. By Shock doctrine, she means the use of a real or a perceived violent event or threat as a shock that enables those in power to get things done their way. In particular, she explains how shocks since the 1970s, have been used to introduce neoliberal economic policies around the world. She goes through many examples where a country or government has been forced to open its borders and economies to multinational companies, to privatize industries, to limit the rights of workers, to lower wages, to cut social services, and to increase the gap between rich and poor. 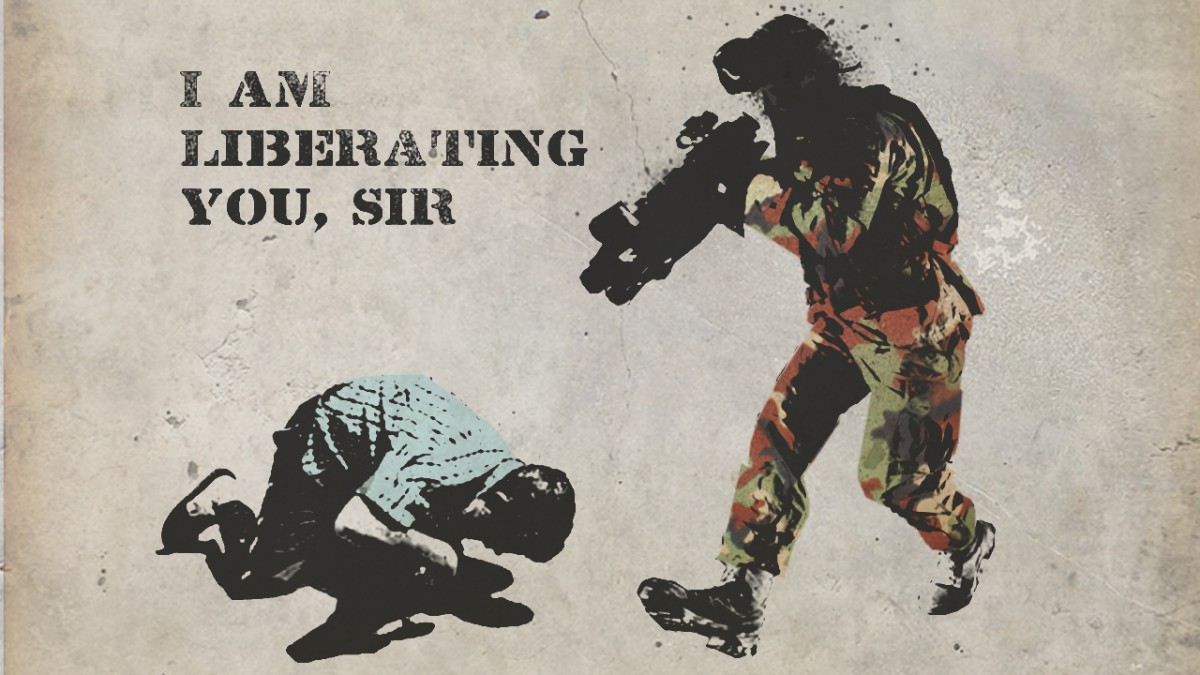 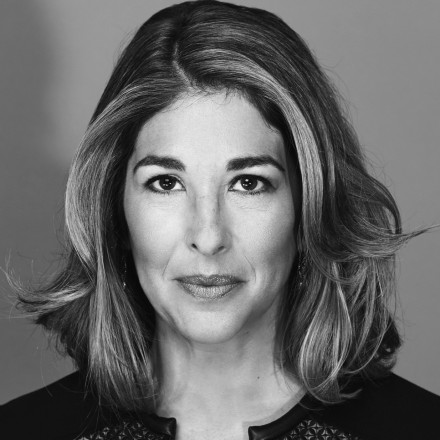 Naomi Klein – Author of the book “The shock doctrine” is a Canadian author, social activist, and filmmaker known for her political analyses and criticism of corporate Globalization and of capitalism. 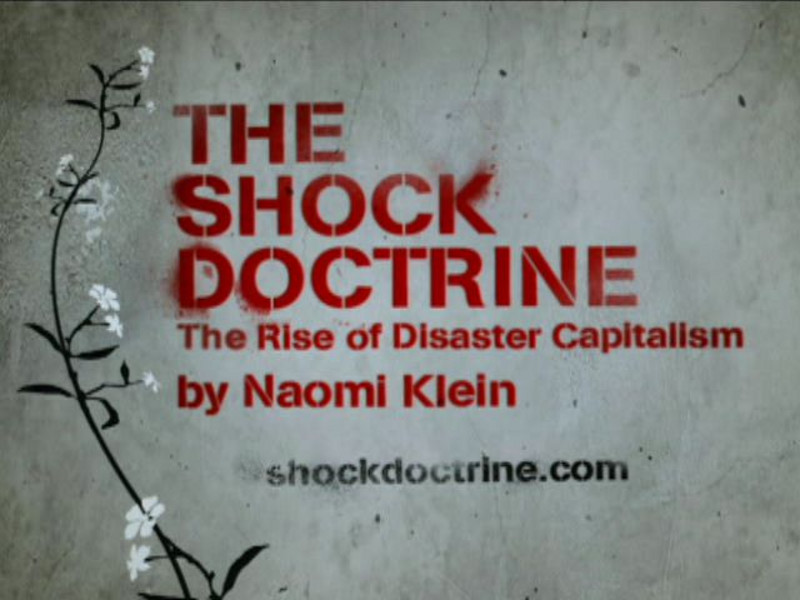 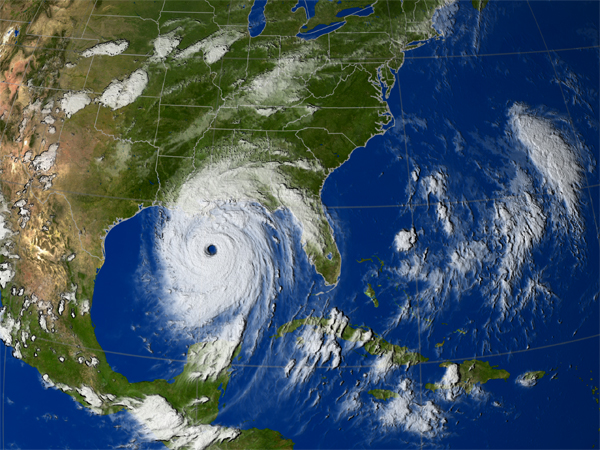 One of the most shameless examples of the Shock Doctrine was in New Orleans, USA, after the 2005 hurricane Katrina. After a huge devastation to the population of the city many new policies were introduced that would otherwise not have been possible. Read more about it in the dropbox files. 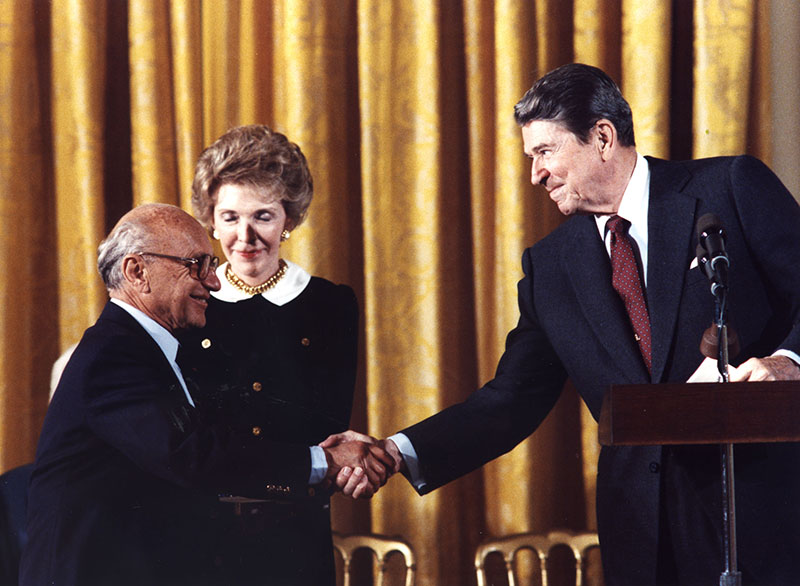 Milton Friedman (on the left) was awarded the Nobel Prize in Economics and the Medal of Freedom by Ronald Reagan. Many hold him responsible for disastrous consequences caused by his neo-liberal theories. 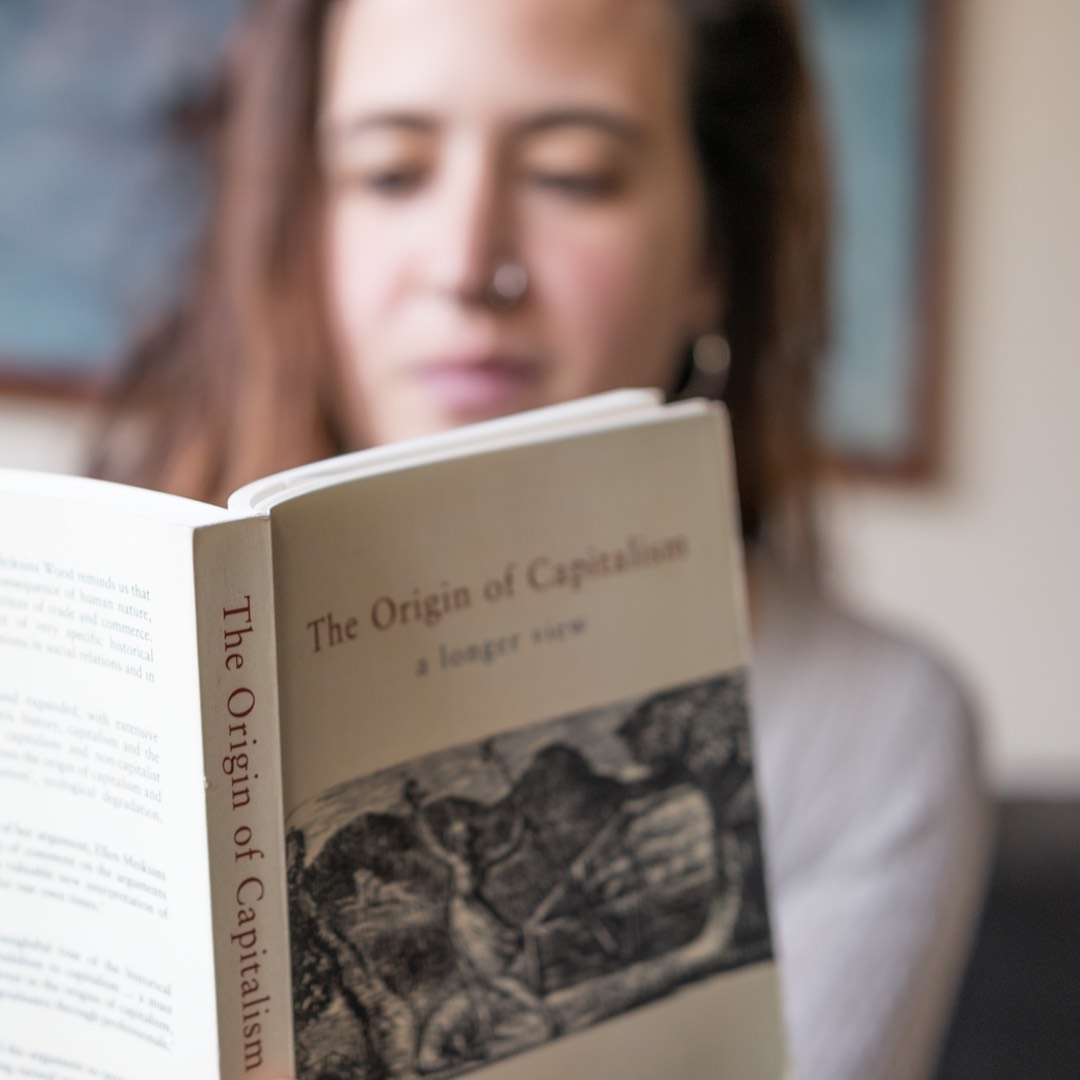 interested to see how we learn at DNS? Check out this article.