Is there such a thing as “West African Culture”?

To begin with, from my experience and understanding, culture is a mixture of various elements like language, traditions, beliefs, mentality – all within a specific social group.  Let it be a nation, an ethnicity, a social class or an organisation, they can create and/or carry out these certain elements in order to have a culture that could be regarded as their own.

How and why the culture differs from country to country and what unites them?

In Europe, sometimes we see ourselves as somehow coming from the same environment, living according to similar laws or beliefs, practising similar habits… but actually, when looking deeper into the mentality and social habits we can see that Europeans are very different! All the nations have languages and dialects within them, traditions, ways of thinking and communicating. What more can I say – I met the same types of differences while travelling in six West-African countries: Morocco, Western Sahara, Mauritania, Senegal, The Gambia and Guinea-Bissau. Going down from the Riff mountains in the North of the Moroccan Kingdom until the “smiling coast” of The Gambia we have experienced and were invited to witness the main social aspects of people living there.

One of the cultural elements we met is an ancient tradition of tea culture. In Morocco a variation of tea is visible throughout the regions, the change of seasons and environment impacts that variety. Green tea is usually used as a base, adding mint and sugar. The ritual is usually carried out by men, as women are occupied with cooking and housework. Often it is done in front of guests and is a tradition passed on by generations. In Mauritania the change is obvious. The tea becomes stronger and more sugary, also with more foam. Some reasons for that are to keep sand from coming into the glass and to keep the sugar levels of the body high, as the blasting sun of the Sahara Desert can be quite draining. Depending on the biodiversity, the ingredients used for the tea and the preparation technique differs, although the meaning of the ritual stays the same – to show hospitality and friendship.

In all of the countries we visited, I witnessed a remarkable respect towards women. They are the significance of the family – skilled carers of the home. In Morocco almost the whole population is accounted as Muslims and so they practice certain laws and societal rules. Women have a very specific part as they are often seen as if they need protection and therefore, they are not so visible in the social life.

In the cities it is not so obvious but especially in small villages it is quite rare to see a woman in a cafe without a man or walking in the street by herself. Naturally the situation is changing, more women are standing up for their equal rights, still the traditional mentality lingers in the behavioural habits. I have no doubt that being close to Europe is impacting Morocco in a certain way for change. In Mauritania the situation is similar but there the society seemed to be even more divided and closed. There is a strong separation between ethnic and also societal groups. Being one of the last countries to officially get rid of slavery (although unofficially it is still present) the Maurs cling strongly to their status and traditional way of living. Nevertheless, the religion of Islam is making a great influence in uniting all the people and all their differences with the welcoming call for prayer. I saw the society somehow stuck in their own restrictions. Of course, I cannot generalise and have to admit that as a team we managed to meet very open-minded people, but still the impression of constraint is left.

Senegal is a country of hospitality, without even knowing that, a change of atmosphere, coming from Mauritania, could be felt in the air. There the ethnic groups live in peace and with respect. Since they practice “teranga” (which literally means hospitality), people are used to welcoming one another and also strangers into their lives. Likewise, in The Gambia as well as Guinea-Bissau, the ethnic groups live in peace, although I have to note that sometimes the differences of ethnicities are used to fuel disagreements in order to gain political power. A peculiar aspect I saw was that they take great interest in each other’s cultures, for example, they can speak more than just their own language or the common language, letting the communication between representatives of the ancient tribes be smoother. In addition, they learn other elements of each other’s culture such as dance or songs. The most impressive example of this was the cultural exchange evenings in the DNS school of Guinea Bissau, where students demonstrated this knowledge by helping each other carry out performances representing elements of each ethnic group.

How culture is shaping our identity? Or is it the other way around?

Culture is inevitably a big part of our everyday interactions. Usually the habits of communication are passed on to children by parents or care-takes but also, we are impacted greatly by other social environments like school or neighbourhoods. One thing that I witnessed was the variety of manners and traditions in all the different countries we travelled through, but what stuck in my mind is the endless hospitality and warmth of people. Some stages of life cannot be chosen, like where we come from or where we grow up, nevertheless, each individual is contributing, consciously or not, to the culture we portray. A palette of traditions and habits are formed according to beliefs, this is quite intriguing to discuss, whether the personality traits we meet have become so because of an Islamic or Christian moral base. North of Africa, as well as the West has gone through two colonisations, one by the Arabs and another by the French, British and Portuguese. Quite forcefully cultures were introduced into these lands, where diverse nations have been living for centuries. Some aspects they have accepted but thankfully some they have preserved. The diversity of culture is an inspiring component of the impression that is left in my mind. There, in the West coast of Africa, culture is influenced by religion and societal customs, just like it is here, in Europe. Understanding this diversity of influences and elements of society is the message I want to bring. By taking conscious and responsible decisions, how we act upon the reality that has shaped us, we can be part of creating the future our own identity and culture. 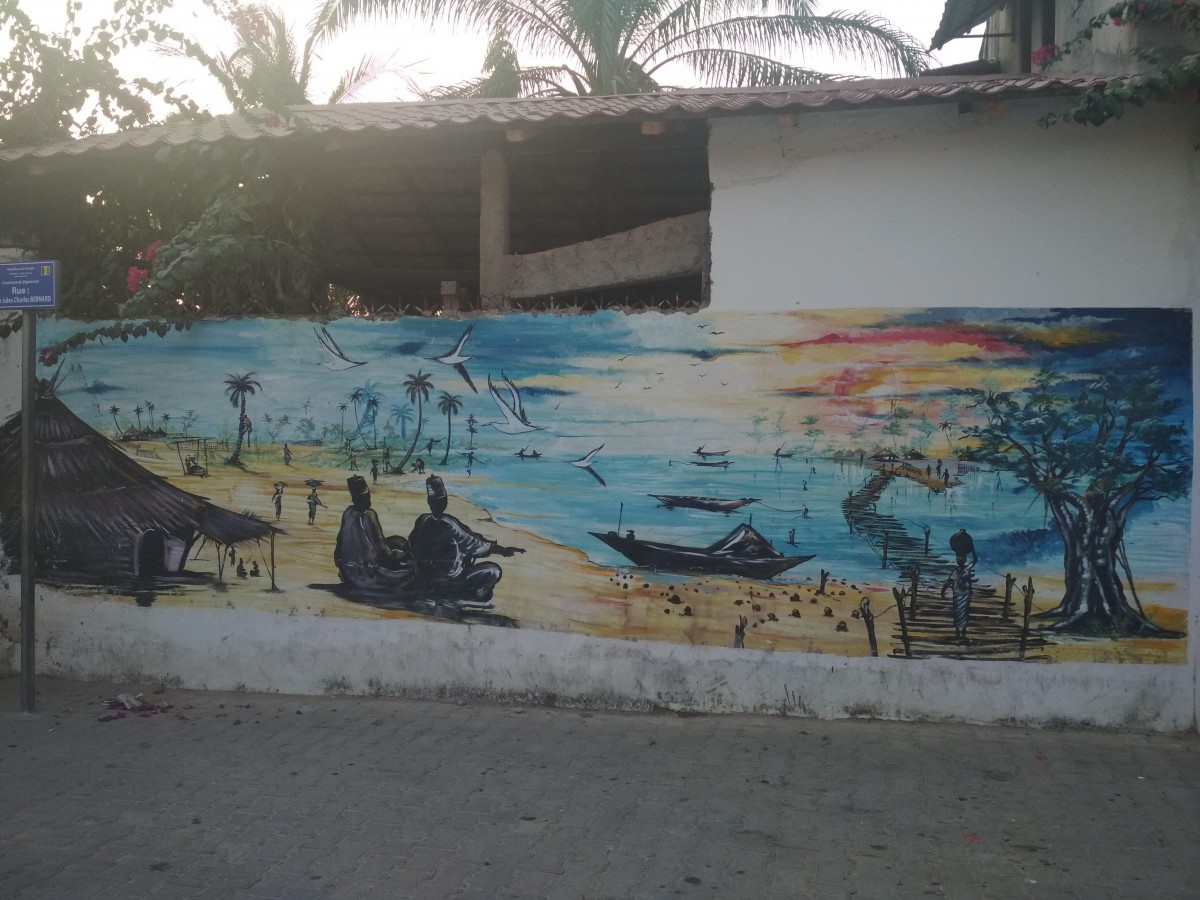 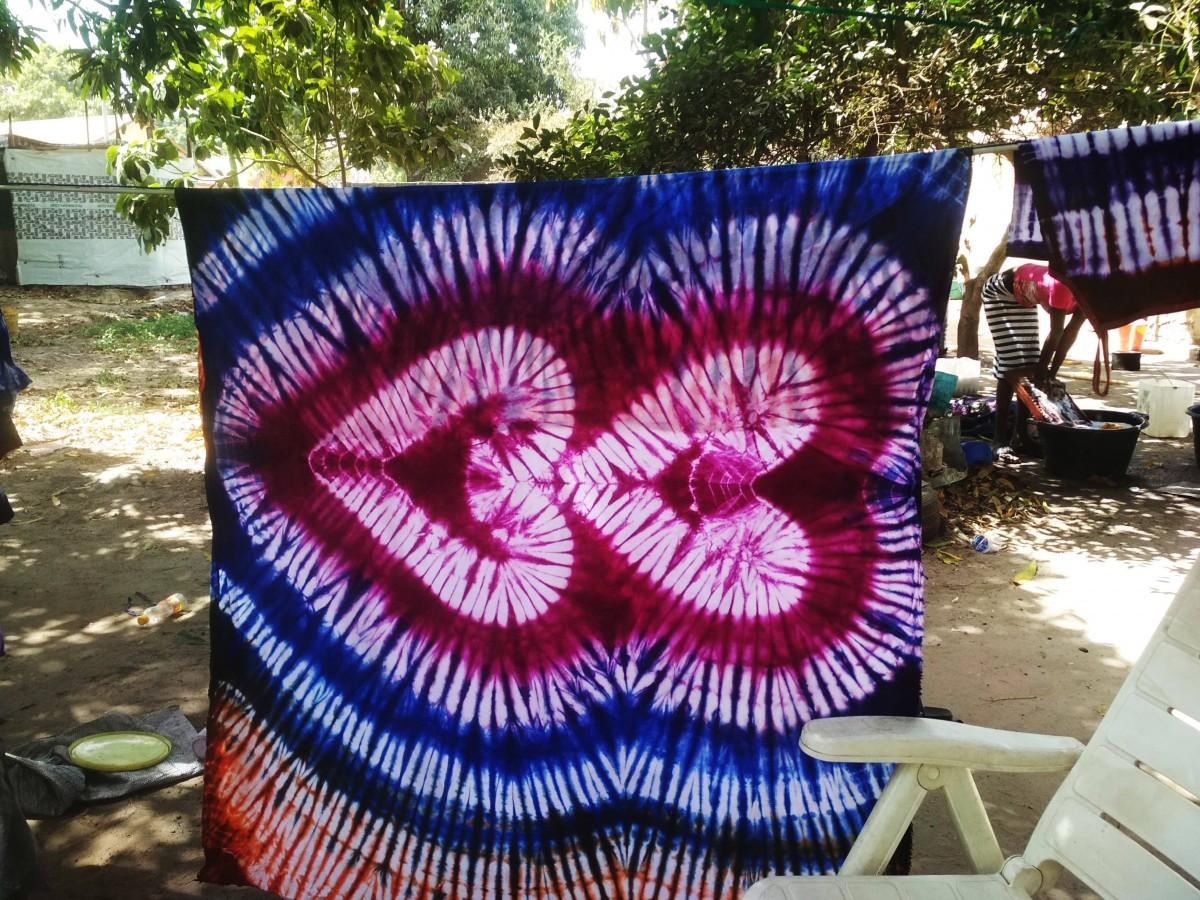 The Gambia – the tradition of tie-dying 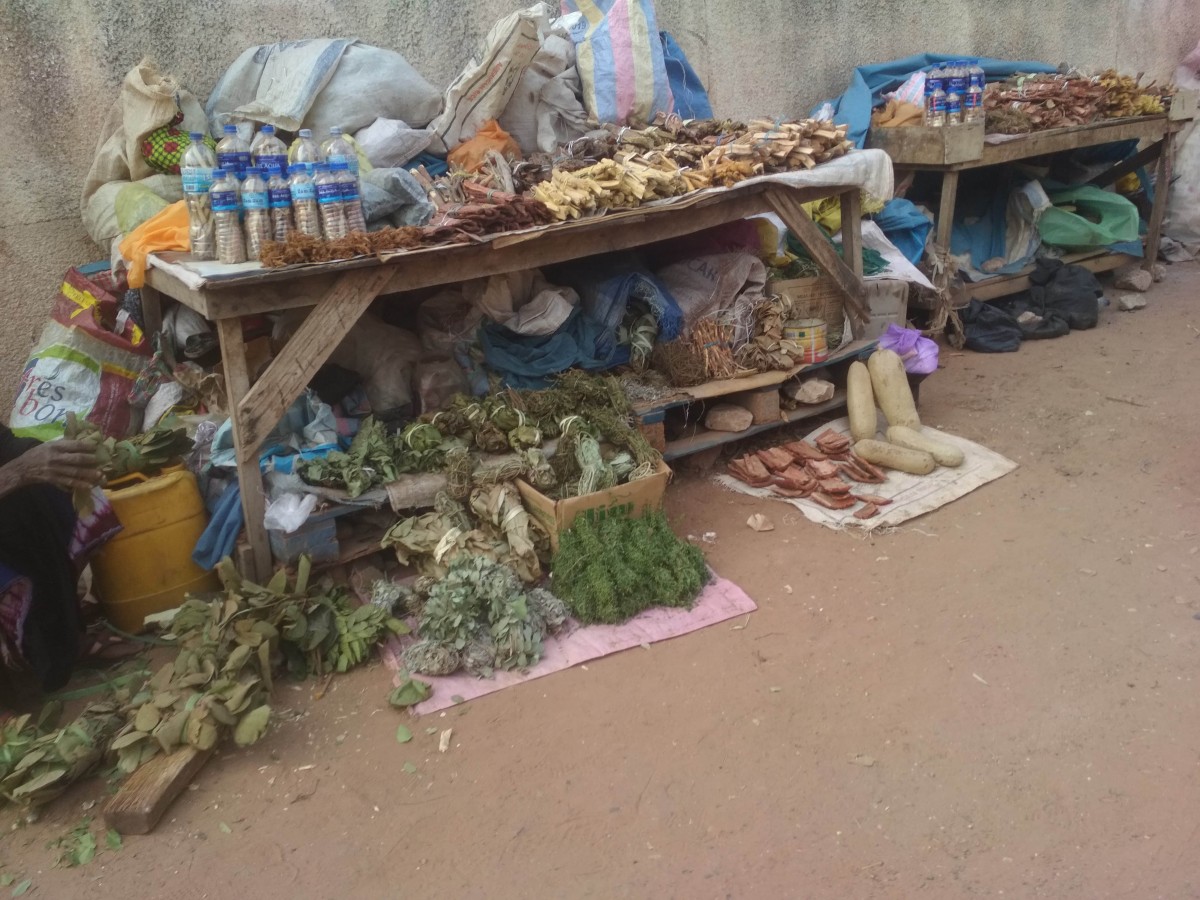 Market in The Gambia 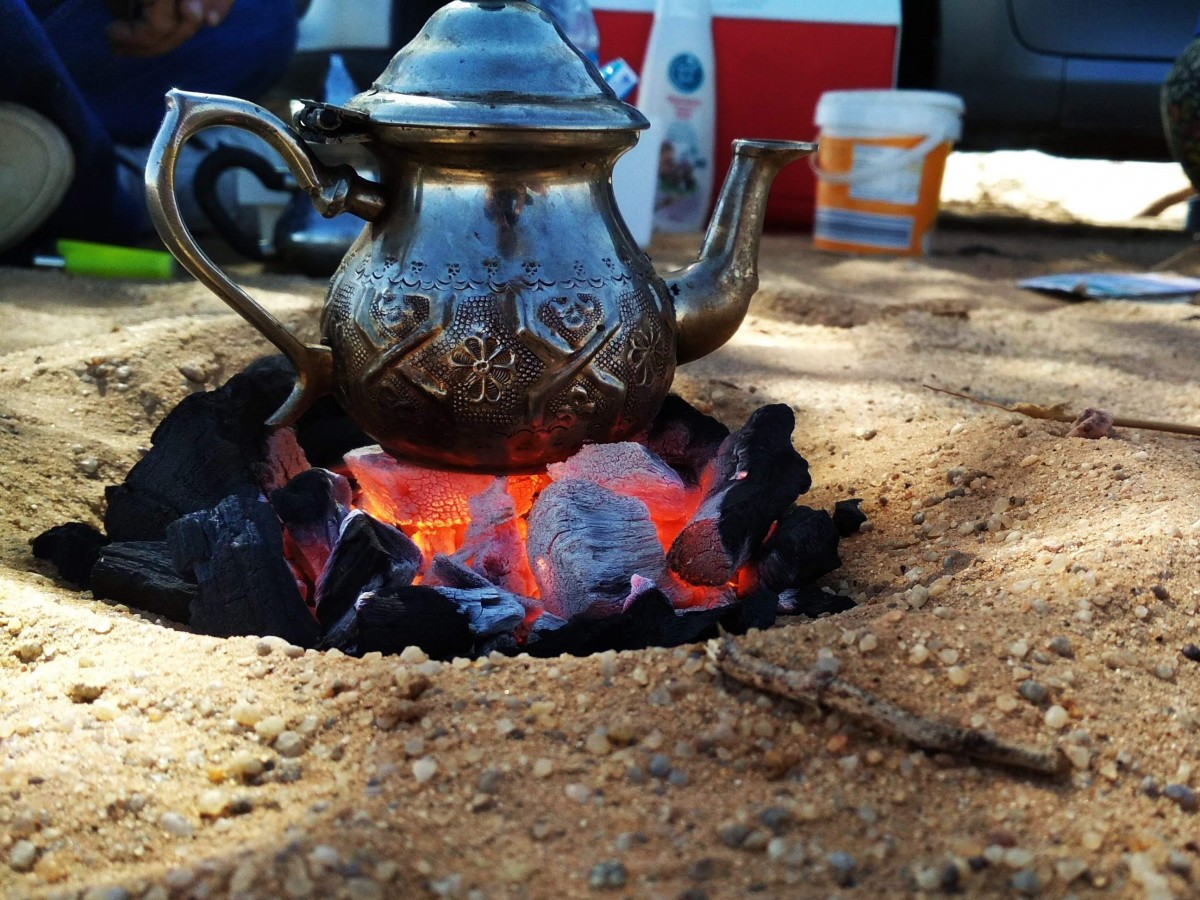 For most Mauritanians there is time for a tea anywhere at any time. (Crossing The Sahara Desert from Nouadhibou to Nouakchott).